SupportDesk can execute a Windows PowerShell script when a specific category on a call is selected.

To create a PowerShell script within SupportDesk, click on System Management/PowerShell Scripts then on the New button on the ribbon bar.

This will create a PowerShell script with some sample code: 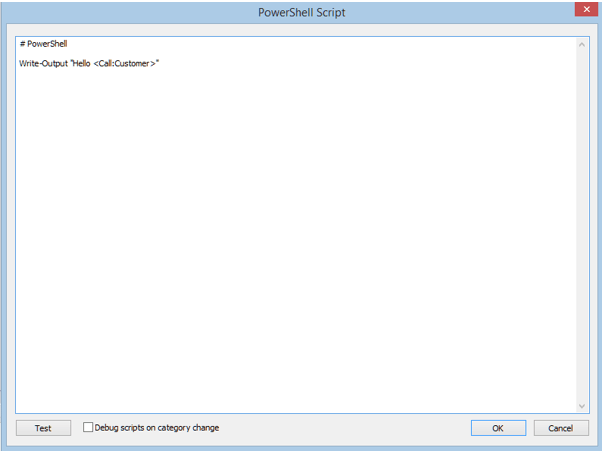 The first (comment) line of the script names the script – this one is called PowerShell.

Click on the Test button to debug the script. This will start the Windows PowerShell ISE with the script loaded and some additional header and trailer lines for housekeeping. 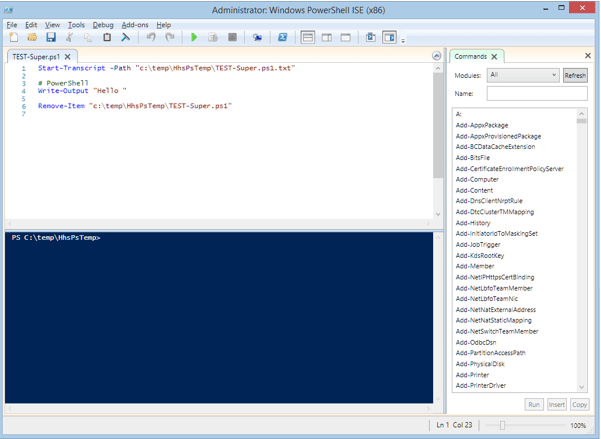 The first line starts a transcript file that captures information about the running script. This can be useful when the script runs in the background outside the ISE.

The last line deletes the temporary script file that was created from the SupportDesk database to pass to the ISE.

After setting a breakpoint on line 6 and running the script, the lower pane shows the output of the Write-Output statement then stops. 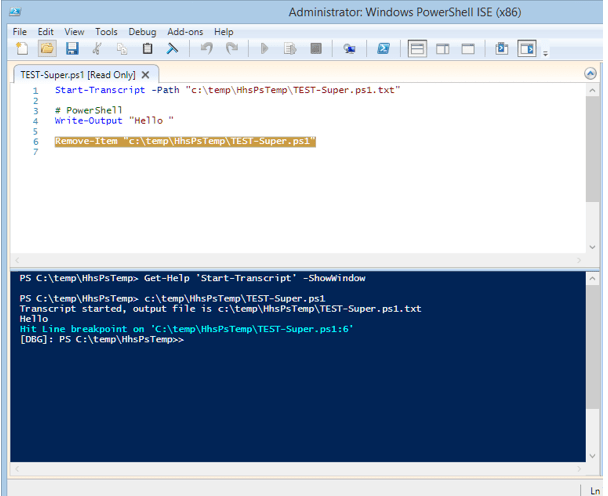 You may need to enter the command ‘set-executionpolicy remotesigned’ into the lower ISE pane if the Windows script execution policy prevents the script from running.

The transcript file also shows this:

SupportDesk can trigger a PowerShell script on change of category e.g. Status.

Select the PowerShell script that should be run in the category details – Run PowerShell Script. 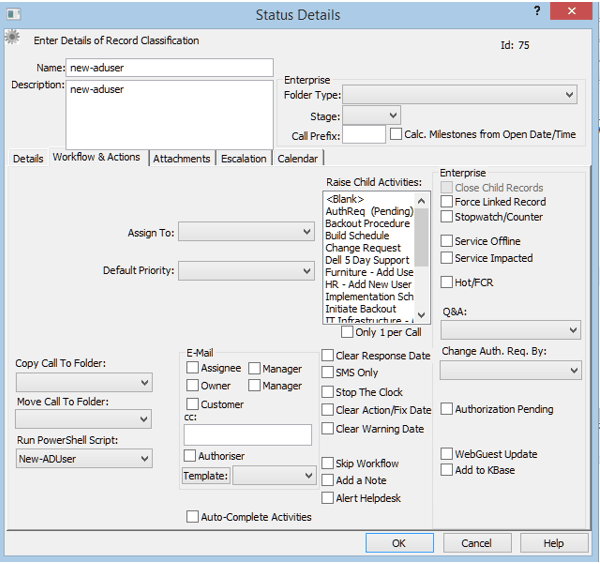 When this category is selected on a call, the selected PowerShell script will be run.

Fields from the call can be included in the script using the same syntax used in email templates e.g. <call:customer>.

Below is a very simple example showing a script that successfully added a new Active Directory user to a test domain.

It uses the <System:Ldap…> replacements to pass the AD server name, login and password from the LDAP sync settings.

Call extra fields NewUserName and NewUserPassword were used on a form to capture the new user’s credentials. 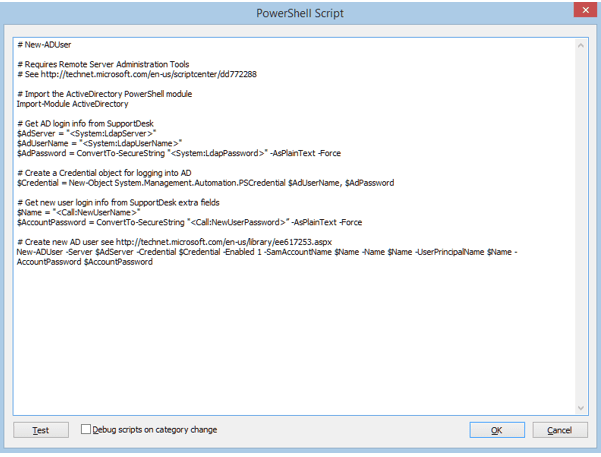